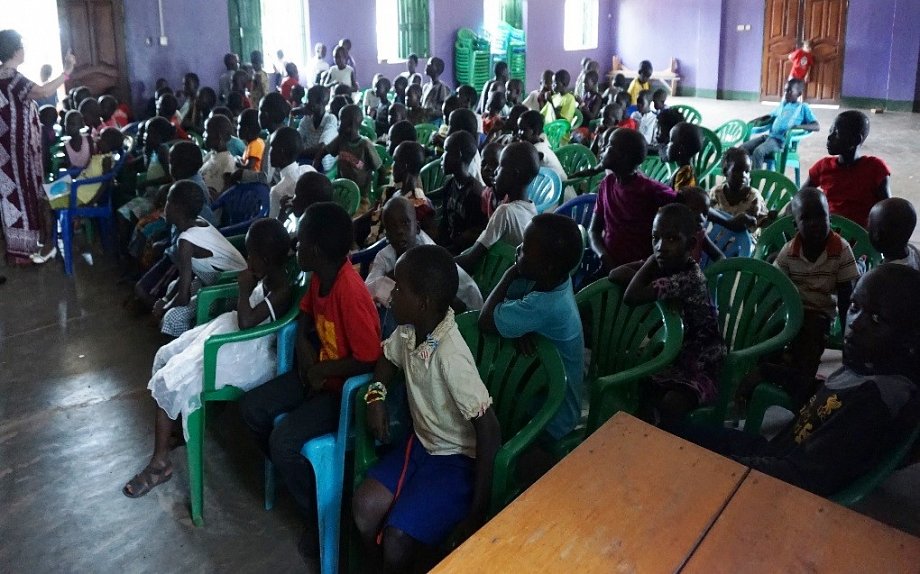 Local children don’t get to play very much, there are so many chores to do and imaginative play and having fun is not something many ever have time to think about. The joy and excitement on the children’s faces as they arrived was so touching. The simple things we take for granted are such a major treat for these children, the amazement on their faces when they saw skipping ropes and balls was fantastic. Our son in law Adam had to run super-fast to keep up with the boys and the football, whilst our daughter Rebecca and their boys were almost swamped with those wanting to learn to make bracelets and necklaces from Loom Bands. 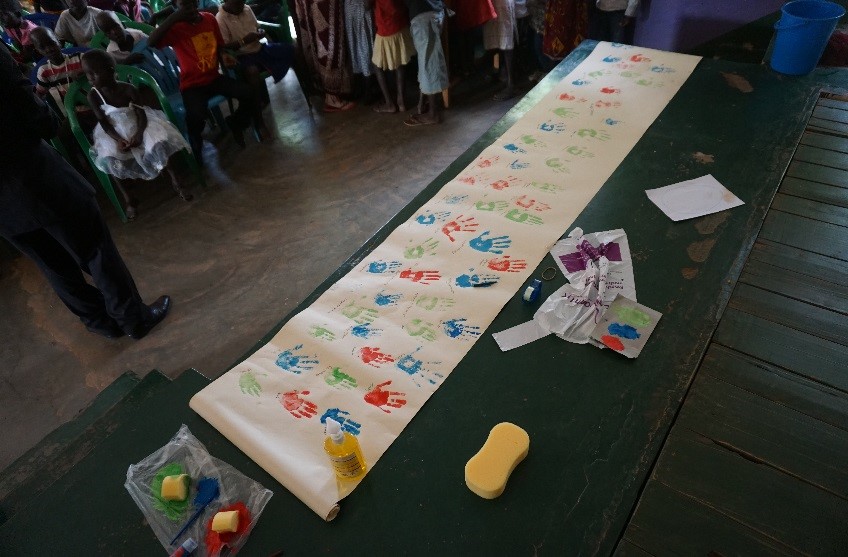 It seemed everyone wanted to have their hand painted to make their imprint on the mural and then each child’s name was written alongside their hand print. It was a lot of messy fun!

We played games, sang songs and shared the Easter story, we were all quite exhausted by the end but most of these children had never done things like this before and they had such a great time it was totally worth it. 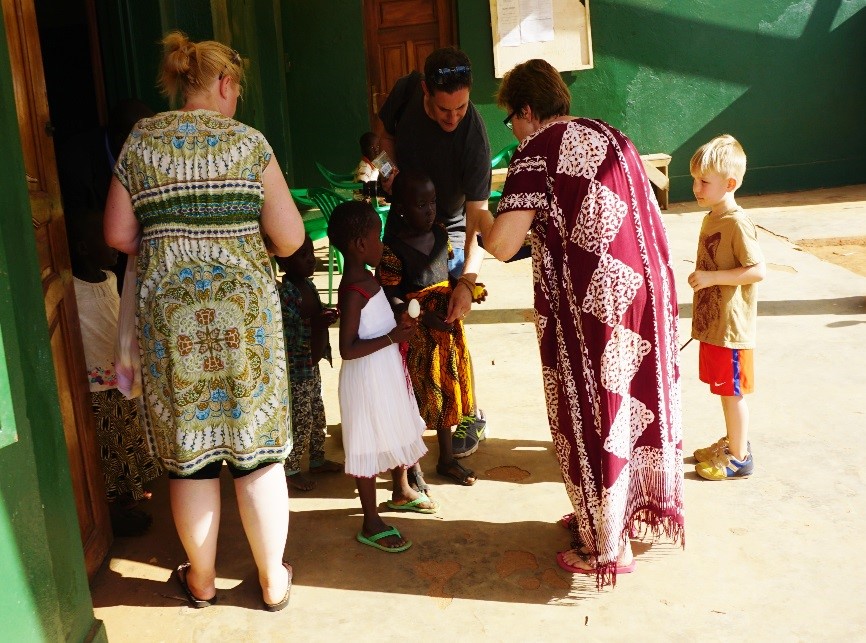 Every child went home with a plastic Easter egg which opened to hold a small coloured cross and a sugar coated chocolate egg was popped into their mouth as they departed. Fortunately these travelled well from the UK and the coating had held in the chocolate despite the 40˚ temperature. Eyes opened wide in delight as the chocolate started to melt in their mouths.

It was a great ending to a very special day.

TEAMS Church
Missions
BOT
Visit to Uganda
TEAMS no longer has a UK office, but if you prefer to contact us by post please write to: