During the morning Rosalind, one of our Board members led a quiet, contemplative service focussing on various individuals involved in Christ’s crucifixion.
We thought about how they must have felt, the pressures they were under and why they acted as they did, pausing to think about how we might have reacted in their position.
We considered our own lives and how we might have let God down, how easy it is to go astray and what an awesome thing Christ did for us, His sacrificial love in dying to take all our sin upon the cross. The service proved more impactful than anticipated because the average African church service is full of noise, dancing and praise! This quieter time really spoke to everyone. 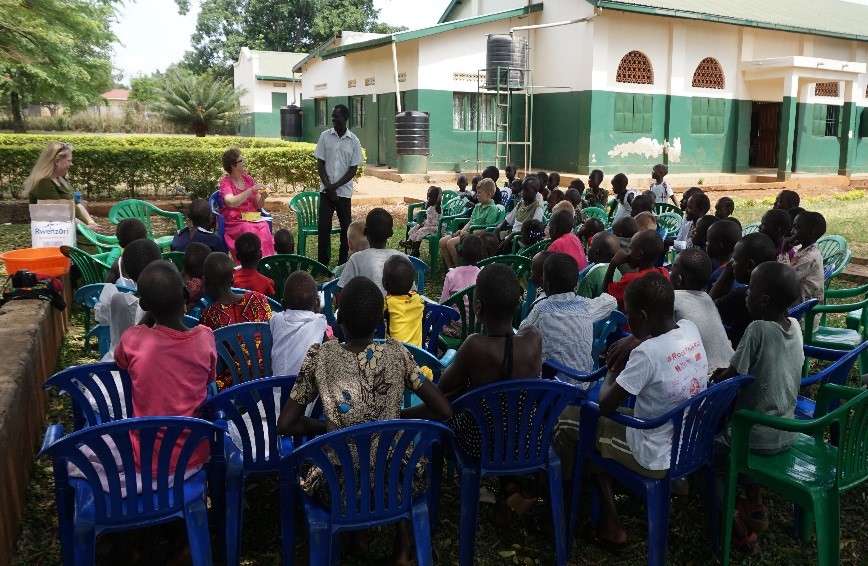 Everyone dressed in their best to celebrate this joyous day with much singing and dancing….
The children gathered outside, more arriving every minute. We told a story, had lots of fun with questions and answers about Holy week and Easter opening plastic eggs with clues and then split into 2 groups. The craft group decorated paper plates ready to put their crosses on. 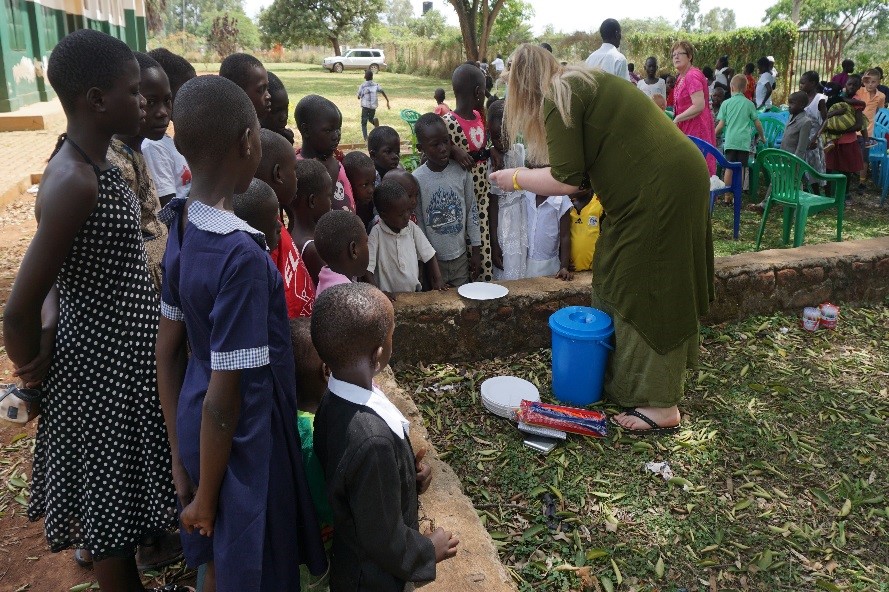 Rebecca and Adam had prepared a big bucket of salt dough which the children shaped and formed into crosses, decorating by pressing shapes into the dough and adding sprinkles and stickers then threading a pipe-cleaner hanging loop at the top. 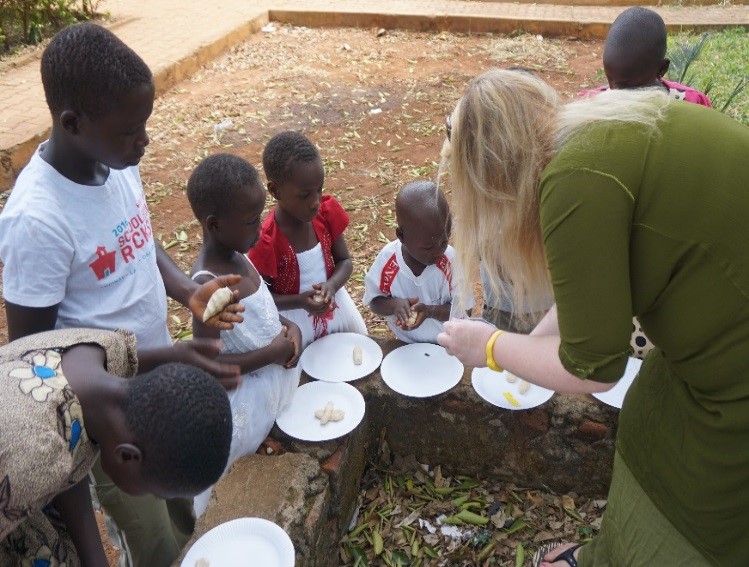 These were then left to dry in the hot sun. The other group went off to learn a new song – Jump, Shout, Jesus is Alive which was great fun. Then we swapped over groups so that everyone had did both activities before returning to the church to share with the adults where the children did a brilliant job of singing the song. 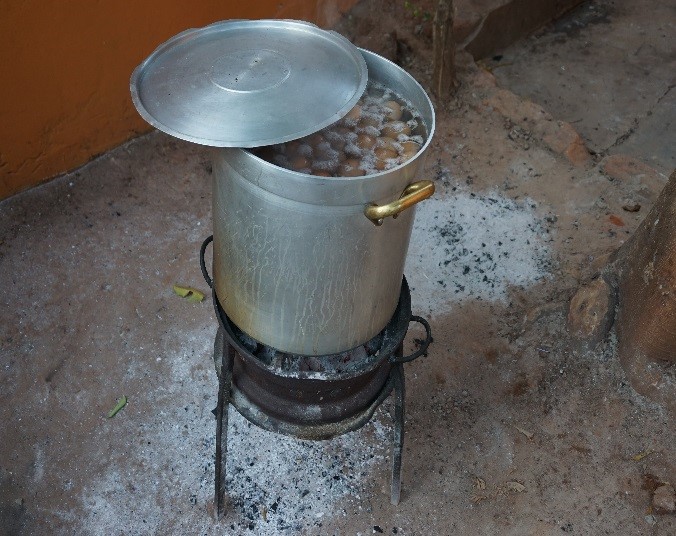 As our Western culture gives eggs at Easter we had decided to share this tradition with the congregation and thought it was a nice way for them to get some good protein a swell – a bit healthier than our chocolate version! We bought 200 eggs and hard boiled them the night before. A huge pan was needed and it took quite a long time! Likewise cooling and drying took some time so it was rather late on the Saturday evening by the time a cross had been drawn on each one and they were restacked in the trays ready to be taken to church.

As you can imagine the eggs were very well received and were also a great teaching aid about new life – the chick and our new life in Christ.

No one had received a hard-boiled egg at a Church service before so there was much excitement as well as good nourishment for everyone. 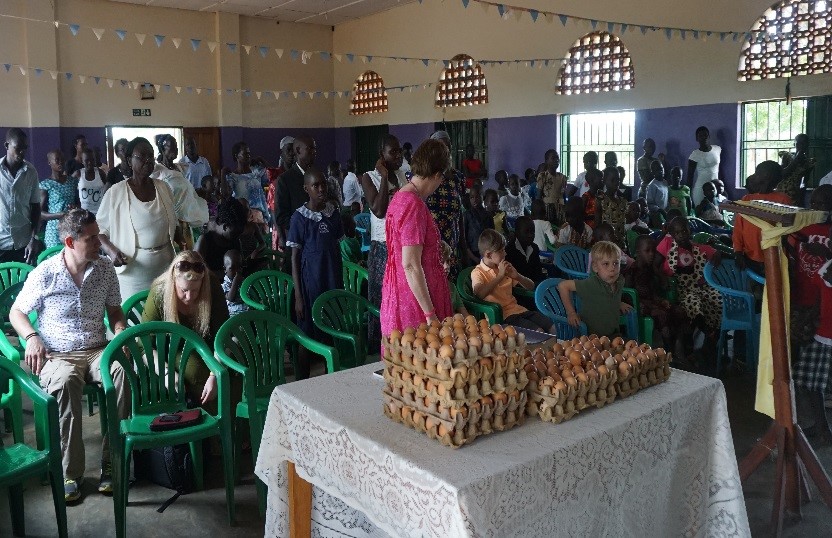 TEAMS Church
Missions
BOT
Visit to Uganda
TEAMS no longer has a UK office, but if you prefer to contact us by post please write to: