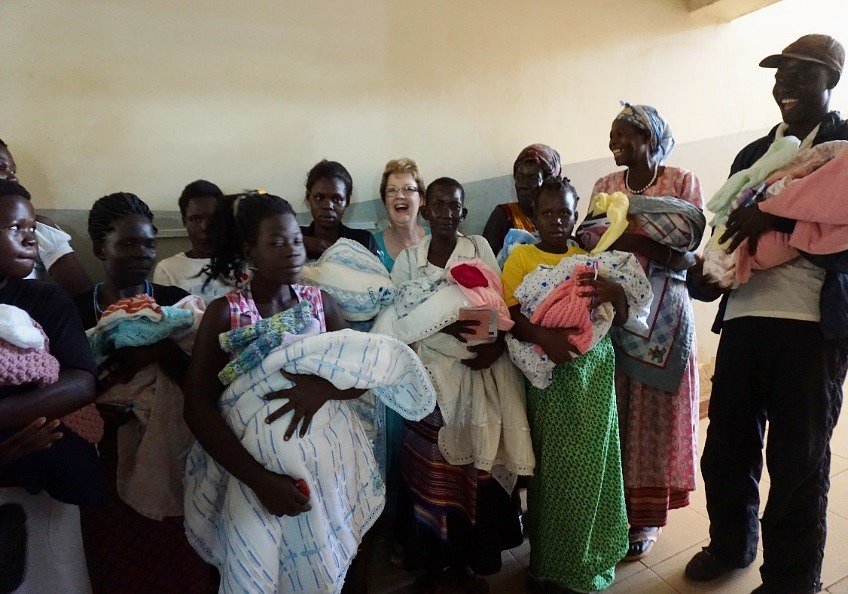 Wow, what a lot of babies!!

Alex and Janet from TEAMS’s Hospital Visitation Team came with Rebecca and I and even they were amazed at the number of babies that had been delivered that night. Over 50 and several who had required caesarean sections – they were very fortunate that there was a skilled doctor available and also that the theatre was operational!

We gave out all the beautifully hand knitted jackets, hats and jumpers that TEAMS supporters have been busily making to very delighted and grateful new Mums and even a couple of new fathers – it is very unusual to see this and both Janet and Alex said it was the first time they had ever seen husbands there! 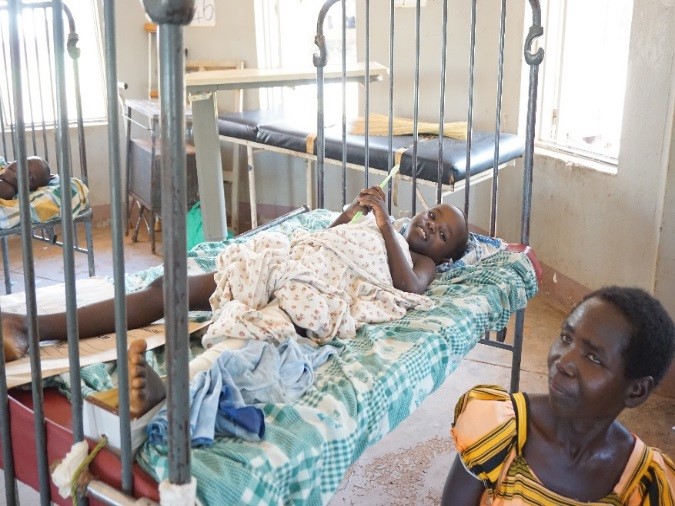 We also gave everyone a toothbrush, thank you again to those of you who made this possible, it meant adults and babies all had a personal gift. We spent time taking and praying with many but with one young woman really touched our hearts. She had required a caesarean section to deliver her twins at 8 months but very sadly both had died. This was challenging, more so because this was her first pregnancy. Rebecca was great and shared some of her own tragedies and joys with Sharon, giving her encouragement and hope. She asked us to pray with her and then said she felt a calm and sense of peace come over her and wanted to ask God into her life and accept Christ as her Saviour, it was a special time in such traumatic circumstances. 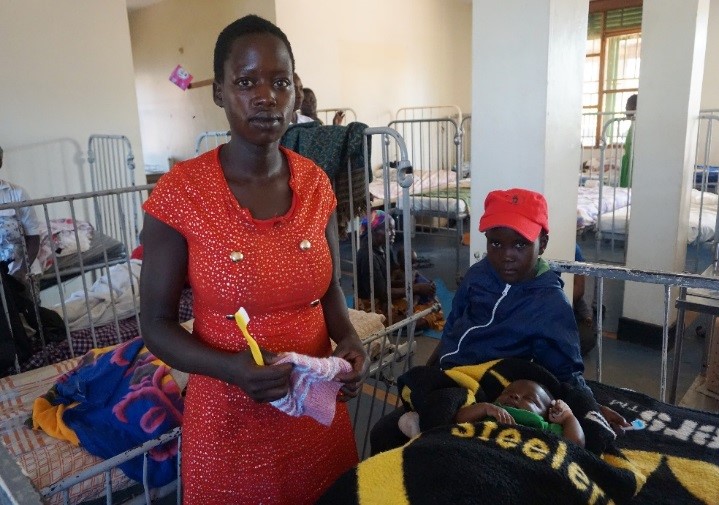 It was a very moving experience and we continue to pray for a full physical and mental healing for Sharon. 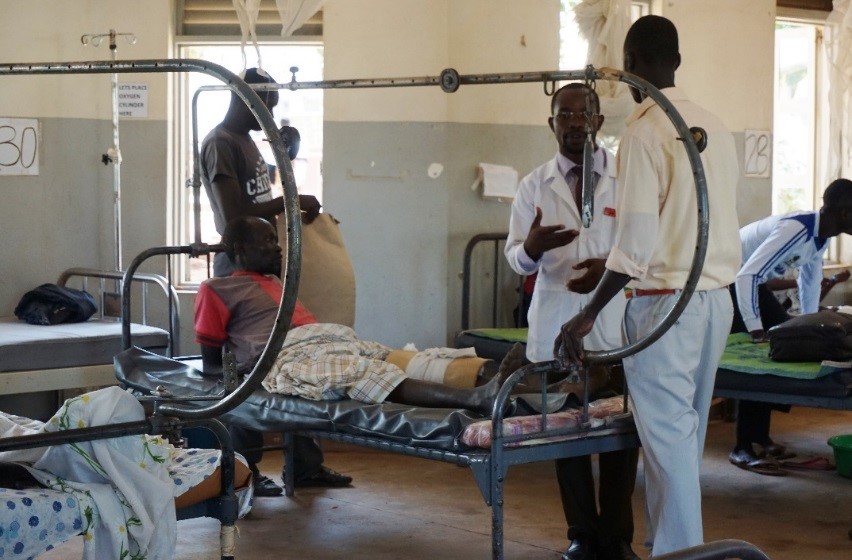 We also visited the Surgical Ward and delivered some medical supplies donated by a UK friend. We saw some horrendous injuries here and it is always unsettling to see sick and injured children amongst adults but everything was well organised and patients were calm and being well tended. We gave out yet more toothbrushes, talked to many and several asked for prayer – how wonderful that they are able to do that so freely. 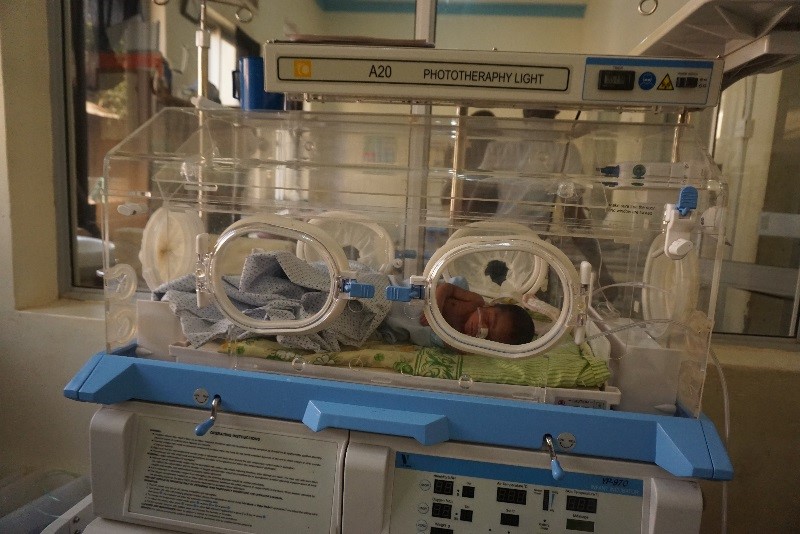 The Neo Natal unit has progressed in leaps and bounds over the past 2 years. From a tiny room with 3 incubator bases that had no tops (and no power for them anyway) to having 2 newly equipped rooms with several working incubators all overseen by a wonderful Swedish doctor. This lady is there for 1 more year and she has everything so well organised and running wonderfully well, long may that continue. 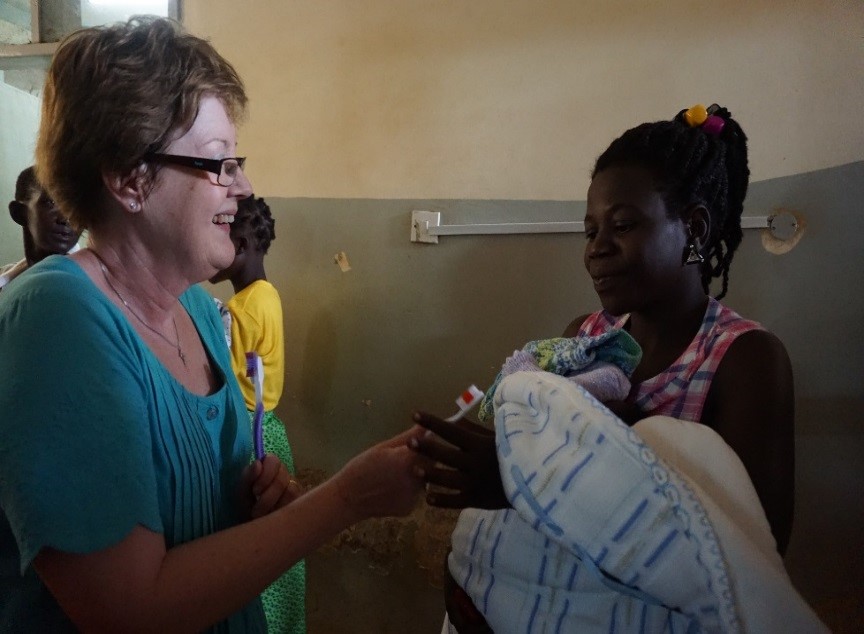 All the babies were given a tiny jacket and hat and the remainder were put into a special basket for future babies to have.

Our last area to visit was the immunisation clinic, well so we all thought. However it was somewhat more than that at the moment and squeezed into a corner with a table and long benches as the rest of the large room was taken up with sick children in cots. This had become the overflow from the children’s ward, so many poorly children, it was heart wrenching. We still had items to give out and by God’s grace we had enough for everyone which was amazing because there were SO many! Many parents asked for prayer for their children and I felt one could have spent the whole day just in that room with these frightened and worried children and adults.

In the end we had to make a speedy departure as word had spread and people were arriving from all around to get a “free” gift and from experience I know things can rapidly become very difficult.

We had done what was planned, visited, seen, given, shared, prayed and learnt so it was time to say our thank you’s and goodbyes. 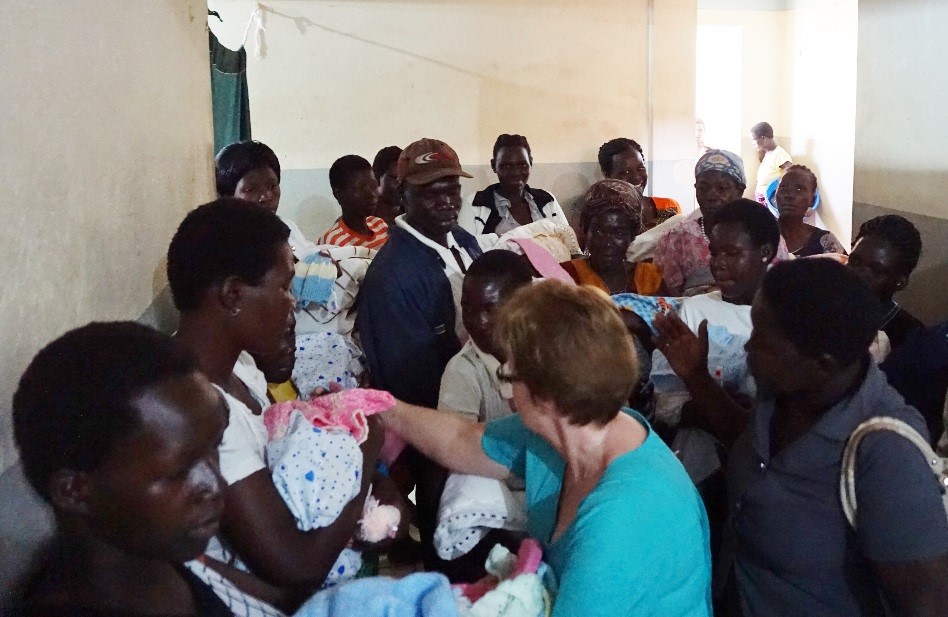 Health
Hospital Visitation
Missions
TEAMS no longer has a UK office, but if you prefer to contact us by post please write to: