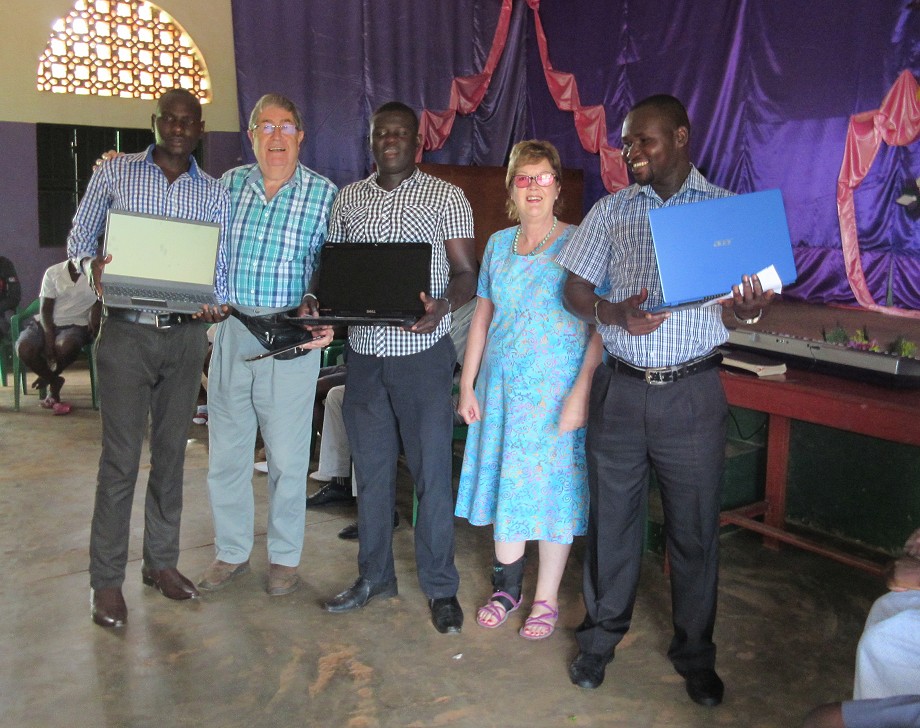 Technology is wonderful when it works, the trouble is we become so dependent upon it that when it lets us down, we really grind to a halt! TEAMS suffered this fate when a melt-down in 2 of our management computers severely disrupted our work recently. With no funds in our budget to replace such expensive items, a targeted appeal was launched in the Sid Valley community in Devon where three of our Trustees live.
The affected machines were being used by our Pastor and our CEO. Key people in the running of our organisation. Adding to the problem, a third laptop started “going slow” and generally misbehaving!
Within a few days, one kind and very generous person stepped forward and agreed to purchase a brand new laptop for our Pastor. He wishes to remain anonymous, but as his donation was made under the Gift Aid scheme, he effectively gave TEAMS another £110. P T L! Many other generous people made further donations so that within 3 weeks of launching the appeal, we had sufficient money to buy a second laptop with money left over to purchase Microsoft Office software to be installed on the new machines. We also were pleased to receive several good second hand laptops. These needed checking so a local computer technician was called in and a member of our Devon church congregation agreed to pay his bill. The technician is a good Christian man and agreed to charge us a very small fee!
Our Lord is so powerful. When He wants something to happen; NOTHING gets in His way! The new machines, together with 1 second hand one were safely taken out to Uganda at the end of September by TEAMS Chairman and his wife who were making their 32nd trip to Uganda! To the surprise and delight of our Pastor, our CEO and assistant bookkeeper were presented with the new equipment! The delight is clearly visible on their faces TEAMS wishes to express its heartfelt thanks for the generosity of those who came to our rescue and made this possible.

TEAMS Staff
TEAMS no longer has a UK office, but if you prefer to contact us by post please write to: